I am curious to know if, based on your faith, you think it is possible for the human race to become utterly extinct. Does the free will we have been endowed with make even that awful fate possible, or do you think that, because of the particular interest God has in us (we being created in His image, for example) this is not something that would ever be allowed to happen? In a word, should we take steps to ensure that there will still be human life in 100 years, or (assuming–at least for the moment–that the apparent dangers to our continuance haven’t just been fabricated somehow) homo sapiens are safe in God’s hands. END_OF_DOCUMENT_TOKEN_TO_BE_REPLACED

A rumination on why I think “democracy” has to mean more than “majority rules” or “the favorite wins”—even when only a single candidate or proposal is being chosen. END_OF_DOCUMENT_TOKEN_TO_BE_REPLACED

As people like to post crackpot theories that are congenial to them, I thought I’d plop this down here.

I was thinking about how dreams can seem (from the point of view of the dreamer) to go on for very long periods of time, even if the dream, from the point of view of an external observer, might only last a couple of minutes. And I noted that it might be the case that as we lose executive function in geezerhood and become more and more a batch of autonomous, unconscious functions, our dream experiences get phenomenologically longer and longer. [If I knew something more about relativity theory maybe I could analogize this with the difference between falling into a black hole from the vantage of an outside observer and the vantage of the falling person, but alas….] END_OF_DOCUMENT_TOKEN_TO_BE_REPLACED

There’s a lot of (mostly very obscure) talk about “the soul” here and elsewhere. (Is it supposed to be different from you, your “mind,” your “ego” etc.? Is it some combo of [some of] them, or what?)  A friend recently passed along the following quote from psychologist James Hillman that I thought was nice–and maybe demystifying–at least a little bit. END_OF_DOCUMENT_TOKEN_TO_BE_REPLACED

Any idea what to expect?  Will Trump just go ahead and utter the c-word tonight??

Seems like this new thing in the Atlantic’d be up y’all’s alley:

Ever since Charles Darwin published On the Origin of Species in 1859, evolution has been the grand unifying theory of biology. Yet one of our most important biological traits, consciousness, is rarely studied in the context of evolution. Theories of consciousness come from religion, from philosophy, from cognitive science, but not so much from evolutionary biology. Maybe that’s why so few theories have been able to tackle basic questions such as: What is the adaptive value of consciousness? When did it evolve and what animals have it?

END_OF_DOCUMENT_TOKEN_TO_BE_REPLACED

This Strawson piece just appeared in the NY Times.

It’s a position that I found attractive long ago.  FWIW, I preferred Strawson’s father as a philosopher but I give the son some credit for consistently pushing this position for years.  (IIRC, correctly, he also has no sympathy for compatibalism, and is an old-fashioned hard determinist.

What do y’all think?

END_OF_DOCUMENT_TOKEN_TO_BE_REPLACED

I thought this article in the current New Yorker might generate some interesting discussion here. 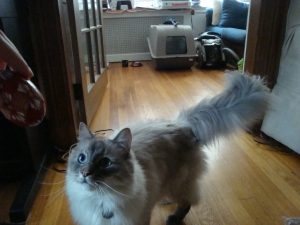 consciousness occurs too late [in the process of a human action] to affect the outcomes of the mental processes apparently linked to it…it provides an evolutionary advantage that developed for the benefit of the social group, not the individual.

I’m curious to get the thoughts of those here on this suggestion.

In the Alastair McKinnon paper (“Miracle” and “Paradox”) I cited in a recent comment, it is argued that miracles of a certain kind are impossible.  The impossible ones are the ones that would provide any evidence of supernatural objects or occurrences.

We can call any of those most wondrous miracles a “miracle1.”  Any other miracle, which would be more in the nature of an amazing coincidence, we can designate as a “miracle2.”  Note that there’s nothing about a coincidence that provides evidence of the supernatural (something beyond nature).  And what does it mean to be “supernatural”?  It means to violate a natural or physical law. END_OF_DOCUMENT_TOKEN_TO_BE_REPLACED

A couple of comments on another thread got me wondering about this.  In my own case, I’m re-reading Middlemarch (for a discussion at the Boston Athenaeum in September) and continuing my reading on the Russian Revolution. I’ve finished the The Great Russian Revolution, by V. Chernov, and am now into Agrarian Foes of Bolshevism, by O. Radkey.  Also finishing up D. Hausman’s Rationality, Self-Interest, and Welfare.

Curious what people here (including phoodoo!) think about this case involving academic freedom and, I guess, rudeness.  (though I probably can guess). Here are some relevant links:

Thanks for your comments!

Rupert Sheldrake obviously thinks so.  (I have no idea myself, but would be interested in comments on his piece by those who do.)

A New Science of Life

The idea of natural laws is embarrassingly anthropomorphic; it’s time for a rethink.
Rupert Sheldrake | Scientist, author, A New Science of Life, The Science Delusion The hypothesis of morphic resonance proposes that memory is inherent in nature. The laws of nature are more like habits. Each species has a collective memory on which all individuals draw and to which they contribute.

END_OF_DOCUMENT_TOKEN_TO_BE_REPLACED

This article seems pretty ridiculous to me, BWTHDIK?

I was hoping some of you experts could tell me whether this article is any good.  Thanks in advance.

As we have been discussing ontology as it refers to hidden variables and multiple worlds, I thought there might be some interest in this excerpt from my Hall book, The Roots of Representationism.  It focuses on a shift in Quine’s position subsequent to “On What There Is,” but I think it touches on some of the broader questions of ontology and how one ought to investigate it as well. END_OF_DOCUMENT_TOKEN_TO_BE_REPLACED

Have We Been Interpreting Quantum Mechanics Wrong This Whole Time? 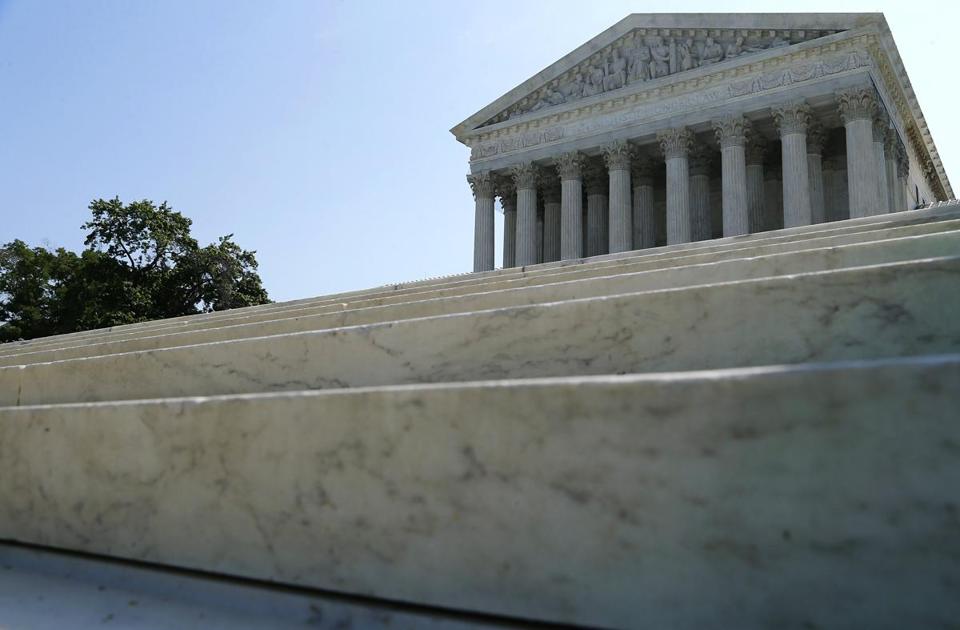 The Supreme Court on Monday allowed a challenge to an Ohio law banning lies in political campaigns to move forward.

END_OF_DOCUMENT_TOKEN_TO_BE_REPLACED

Here’s something I slopped together recently. I’m not really familiar with the literature on any of this, so maybe it’s all pretty well known (or well known to be confused).  Anyhow, comments are welcome, and I apologize in advance for my usual pile of typos, grammatical  errors, and other miscellaneous blunders.

Johnny Woulda, 45, has had chronic tendonitis in both of his elbows since he was about 30.  He’s always been told that there’s no help for it except rest and steroid injections, but the rest hasn’t worked, and he’s afraid the injections will be worse for him than the elbow pain.  He takes a bus to work every day and one day he sees a poster that says “Do you have tendonitis? We are testing a new non-steroidal oral drug, and if you are an otherwise healthy male between the ages of 18 and 48 you could earn $100 by taking part in our clinical trial.”  The drug company, Montrezl, is interested in testing the effectiveness of their experimental product, Elbowftra©.  Based on their tests on chimpanzees, which have no belief one way or the other whether they are being given a real drug, they believe that Elbowftra© drug would have at least a 50% effectiveness rate on humans people—higher if the person is credulous (the sort of person now spending a ton of money on herbal remedies).  The FDA has assured Montrezl that if they can confirm that at least 30% more human volunteers are cured by Elbowftra© than are cured by a sugar pill placebo, as determined by blind reviewers, they should have no problem getting their drug approved.  On the other hand, if there’s not much difference between Ebowftra’s effectiveness and that of a placebo, there isn’t much hope.