As this site is still a fledgling, I’m feeling my way with regard to rules. 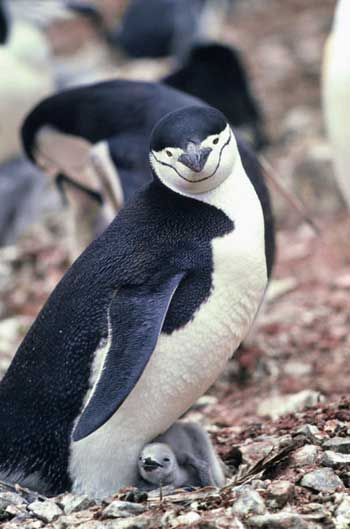 So I’m going to start a bit vague, then get more specific as need arises.The principle is in the strapline: Park your priors by the door.  Everyone has priors, they are crucial to way we make sense of the world.  But the impetus behind this site is to be a place where they can be loosened and adjusted while you wait.  So leave them by the door, and pick them up again as you leave!

There are plenty of blogs and forums where people with like priors can hang out and scoff at those who do not share them.  There’s nothing wrong with those sites, and I’ve learned a lot from them. But the idea here is to provide a venue where people with very different priors can come to discover what common ground we share; what misunderstandings of other views we hold; and, having cleared away the straw men, find out where our real differences lie.  In my experience, when you reach that point, who is right becomes obvious to both parties 🙂

Edited 1/12/15 to change from third to first person plural.

That’ll do for starters!

Posts won’t be moderated unless I find there’s a problem – if your post is held in moderation it’ll just be because the spam filter caught it.

If you want to post OPs, let me know and I’ll register you as a Subscriber.  That means your OPs will be held in moderation until I click the publish button.  If all goes well, I’ll push people up to Author.

One last thing – I’ve set the nesting for threaded comments to be quite deep, because I like nested sites – derails are much less of a problem and I’m an inveterate derailer.  So use the nesting if it suits your post i.e. if you are replying to a specific post rather than making a general point re the OP.

And thanks for coming!

ETA6, June 13th, 2015): Below is a copy&paste from a a post of mine in a discussion regarding the outing rule:

It is part of the founding philosophy of TSZ that no-one “deserves” to be banned. People are banned for one reason only: to ensure that we don’t get posts containing the very narrow range of material that is not allowed here, namely porn/malware (or links to); and material that gives the RL identity of people known to us by their internet names, without their permission (also known, I understand, as “doxxing”).

There are a couple of grey areas regarding that last one but I think I have made the boundaries clear, and will try to make them clearer still:

Firstly: If someone has made it clear who they are in RL, e.g. by linking to their publications, that is fine, and it is still fine for others to acknowledge the identity if their publications are being discussed. However, it is not OK to use that person’s RL name in personal attacks, which are against the game-rules anyway (“assume the other person is posting in good faith”; “address the argument, not the person”) but are not in themselves things I would ever ban anyone for. Such posts just get moved to guano, just as pieces get moved off a chess board. But if in breaking those rules, you invoke someone’s personal ID, that is not on, the reason being that I don’t want such personal attacks here to come up in a google search of that person’s RL name, as such things happen, as I know to my cost.

Secondly, if the person in here is not a regular poster here, but is nonetheless effectively party to the conversations we often have by loud-hailer as it were, at another site, then membership protections apply. In any case, in the case of kairosfocus, I think he is, or was, a registered member here, and you easily can’t tell in any case. So if in doubt, assume membership, either actual or virtual, and don’t link identity with internet handle. In other words, do not post the RL identities of people with whom our personal relations, as it were, are in their internet identities.

This post by Reciprocating Bill sums up the ethos of the site brilliantly so I’m quoting it here:

Participation at this site entails obligations similar to those that attend playing a game. While there is no objective moral obligation to answer questions, the site has aims, rules and informal stakeholders, just as football has same. When violations of those aims and rules are perceived and/or the enforcement of same is seen as arbitrary or inconsistent, differences and conflicts arise. No resort to objective morality, yet perfectly comprehensible and appropriate opprobrium.

This post by DNA_Jock sums up how the implementation of the rules essentially works, and how I think it should work.  If you think it doesn’t, let us know:

walto: it’s arbitrary and capricious which posts get guanoed

I think not. It is stochastic.
Things that increase vs. decrease the probability of guanoing:
1 Clearly breaks rules vs. may be interpreted as rule-breaking.
2 Guanoing requested vs. Target requests post not be guanoed
3 Author perceived to be “home” side vs. Author perceived to be “visitor”
4 Target perceived to be “visitor” vs. Target is an admin
5 Substantive content is low vs. Substantive content is high
6 Derailing active discussion vs. ancient bloody history.
As to the relative importance of the different factors, YMMV.
<snip irrelevant bit>
Discrete-choice modeling, it’s fun.

…That is my policy. There is a very short list of things that I simply do not want, and will not have on this site, and racist material is one of them.