The term “supernatural” comes up on this and other boards and in similar discussion forums from time to time and I have come to the conclusion that there can be no such thing. Or, at the very least, if there really is something that could be accurately labeled as supernatural, such would have to be completely beyond understanding by anything (like we humans) that is not supernatural.

As an example, I’ve been studying quantum entanglement a bit. Pretty weird phenomenon from the perspective of those of us in a non-quantum, macro dimension. Very difficult to conceptualize how certain particle states could possibly be correlated, but correlated they are. So is this correlation “supernatural”? I certainly would not define it that way and I know of no physicists who would either.

The point is, even if one really believes that something like entanglement – a repeatably verifiable and investigatible phenomenon – has a supernatural basis, what could possibly be understood about that supernatural component? How could it be verified at all and what could investigating it add to any kind of understanding about…oh…anything?

So for those of you who do believe there is something that can be classified as supernatural, I’m just curious as to what supernatural means to you and what type of event or phenomenon would indicate to you that something is supernatural.

I’ve never found the ID arguments for the design of biological organisms all that compelling for a number of reasons. The dubious math, the fallacious arguments, the disingenuous bait and switch to Christian apologetics, and so forth. But even beyond that, there was something about objects in nature – organisms themselves – that just don’t seem designed to me. There is something different about them compared to man-made objects, but for the longest time I just could not put my finger on what I felt the difference was. And then it hit me last night: replaceable parts.

No such anticipation or planning for maintenance can be found in nature. None. If something breaks in an organism, either that organism learns to live without it or it dies. Or, in the case of humans, that part gets replaced by human designed or human configured replacements (as in my case). But even in the later case, humans have to create a work-around, because biological parts actual <i>resist</i> being replaced. You can’t just replace human parts with other human parts willy-nilly. In most cases, the new parts just won’t work, or worse, they’ll be rejected by the body’s immune system. But of particular note, there’s no surplus of replacement parts anywhere; no storage unit somewhere with a bunch of eyes or hearts or toes or hair or kidneys or…anything. Not even bark or leaves or antennae or scales. Nothing. There’s replacement part supply or even creation in nature.

Of course, this makes perfect sense given evolution and other similar natural processes. It makes no sense if there were an actual biological designer behind it all.

So there’s this kerfluffle surrounding a Christian school that decided to ban from the school’s graduation ceremony a teen who by all accounts, was a model student, positive leader, active church and community participant and role-model, and countless other accolades, but who apparently was “immoral” and got pregnant.

My question is, what is the point of God (or really any god) to people who feel they need to act on behalf of said God and punish people for acts that are immoral by said supposed God’s standards? Note, we’re not talking about punishing someone for a legal infraction; the principal in the case has been quite clear that the teen is being punished for being immoral. So I’m curious as to what such folks believe God’s role is or whether such folks believe God even has a role or does anything?

So I’ve gotten a tad bored with the discussion of macroevolution at the moment (it’s yet another rehash of the same points that keep cropping like cicada eruptions every few years. For a very similar recent exchange, look up Sal and his lungfish discussion. Or check out Things That IDers Don’t Understand, Part 1 — Intelligent Design is not compatible with the evidence for common descent – from 2012!)

So, as a public service, I figure I’d toss out a something that is a little less dramatic (on some levels) and wholly entertaining.

So I’m a big Alien fan. A fan of the original movie of that name that is and mostly a fan of the franchise that spawned from it. Big fan…HUGE! I loved the original movie (after getting the willies scared out of me the first time I saw it) because it was the only movie I’d ever seen that even remotely tried to come up with a concept of what an organism that did not develop on Earth might be like. And let’s face it, that was one cool organism they came up with!

END_OF_DOCUMENT_TOKEN_TO_BE_REPLACED

In reading through a number of the threads, I’ve been struck by apparent conceptual acceptance most folk have with the term “death”, taking for granted (it appears) that everyone else reading the term understands it pretty much exactly as the poster intended. However, it also appears to me that there are a few different underlying understandings of the meaning of that term.

To me, “living” is a term I use to denote a functioning autonomous system that seeks out resources for the perpetuation of the system’s operation and/or reproduction, and that expels byproducts derived from the system function and resource use. As such, fire to me is very much a living thing. And while in a metaphorical sense I might say that a fire has “died” after it’s gone out, I simply mean that the conditions for that combustion system no longer exist. Similarly, to me, bodies no longer living have simply reached a state where the conditions for the physiological system no longer exist. Systems, by their very nature of resource use and environmental stress, wear. As such, they eventually get to a point they stop functioning. Seems odd to call that “death” to me.

An interesting article by Zack Koplin on creationism in Texas caught my eye on my Yahoo news feed. Setting aside the fact that I had no idea it was legal to teach creationism in Texas, I was equally surprised to discover the workings to remove such behind the scenes:

I am fascinated by dinosaurs, prehistoric marine reptiles, prehistoric squaliformes, prehistoric giant sea scorpions, and so forth like a lot of folk who grew up as kids in the 70s (or really…like a lot of kids). Seeing the bones or fossils of such creatures, the artist renditions, the movies that feature (gross exaggerations in many cases) such creatures all stir my imagination and just plain excite me to no end. They just seem so…<i>fantastic</i>…so legendary…so other worldly.

I was thinking about this yesterday and I came to the conclusion (and I’m betting I’m not alone in this) after a few brief searches that I have a real bias in regards to the “fantastical”. And I think that bias stems from familiarity.

Part of the amazement people have with dinosaurs stems from the fact that a lot of them were quite large. Many people (and I’ve been guilty of this misconception myself) get the impression that at some point (or even various points) the world was filled with animals far larger than anything we have today. In fact, a lot of people think that the vast majority of prehistoric animals were larger than anything we have today (which simply is not the case), mostly because of a few very popular and more well-known specimens (T-Rex, stegosaurus, Triceratops, brachiosaurus to name a few). What few take the time to consider is that not only do these animals not represent the size of the majority of other animals from those times, but in many cases those particular animals didn’t even exist <i>at the same time</i>. Still, we tend to think that animals in the past were larger, more fantastic than anything around today. 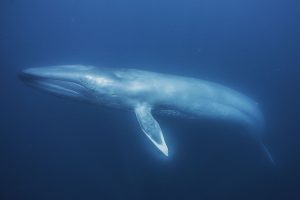 Here is a pic of the (likely) largest animal that has ever existed on this planet. Unless you actually get a chance to see one up close in the wild, particularly with something nearby for scale, you really can’t appreciate just how unbelievably large this animal is. It. Is. ENORMOUS. Here’s how it compares (at least based on an artist’s rendition) to some other “fantastical” animals: 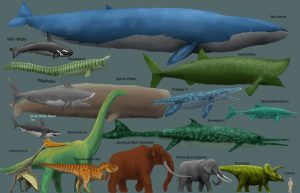 Now one can debate about how accurate the artist got some of the sizes I suppose or whether the current research and inferences to actual size are accurate, but that isn’t all that relevant to the point. Even if some of the other animals are off by significant percentages, the Blue Whale still dwarfs every other specimen.

The point is, we DO live in an amazing time of fantastical creatures. And I hope we can learn not to take that for granted.

“But their still Finches! Checkmate Evolutionists!”

Or some similar comment. But whatever. Still a very cool study.

So I’m pretty drunk right now. And I wanted to retain my experience with this state while I asked a question, because I think (although…what does that mean right now?) I can present my question accurately: is this state immoral?

Keep in mind that I’m asking this question as someone who has fought to stay alive through surgery and for whom alcohol (in theory) creates problems with maintaining that live. But what is life? And what is the correct way to face such a issue

At Uncommon Descent, Mung makes an assertion that other creationists have raised from time to time:

However, I don’t see why similarity in design necessarily implies common descent. If an architect designs two slightly dissimilar buildings one after the other, where is the common descent in this process? I am assuming that by common descent, one means that the species arose via a long sequence of sexual reproduction events acted upon by random variations.

As a software engineer, I know I don’t use any kind of sexual reproduction mechanism to derive one class of objects from another. Why could not the designers have a huge database of pre-designed genes to choose from and with which to create new species of animals and humans? And why would they need sexual reproduction to accomplish this? Beings that advanced could easily incubate newly designed species outside the womb, no?