As an ID proponent and creationist, the irony is that at the time in my life where I have the greatest level of faith in ID and creation, it is also the time in my life at some level I wish it were not true. I have concluded if the Christian God is the Intelligent Designer then he also makes the world a miserable place by design, that He has cursed this world because of Adam’s sin. See Malicious Intelligent Design.

Jesus prophesied of the intelligently designed outcome of humanity: “wars and rumors of wars..famines…pestilence…earthquakes.” If there is nuclear and biological weapons proliferation, overpopulation, destruction of natural resources in the next 500 years or less, things could get ugly. If such awful things are Intelligently Designed for the trajectory of planet Earth, on some level, I think it would almost be merciful if the atheists are right….

The reason I feel so much kinship with the atheists and agnostics at TSZ and elsewhere is that I share and value the skeptical mindset. Gullibility is not a virtue, skepticism is. A personal friend of Richard Dawkins was my professor and mentor who lifted me out of despair when I was about to flunk out of school. Another professor, James Trefil, who has spent some time fighting ID has been a mentor and friend. All to say, atheists and people of little religious affiliation (like Trefil) have been kind and highly positive influences on my life, and I thank God for them! Thus, though I disagree with atheists and agnostics, I find the wholesale demonization of their character highly repugnant — it’s like trash talking of my mentors, friends and family.

I have often found more wonder and solace in my science classes than I have on many Sunday mornings being screamed at by not-so-nice preachers. So despite my many disagreements with the regulars here, because I’ve enjoyed the academic climate in the sciences, I feel somewhat at home at TSZ….

Now, on to the main point of this essay! Like IDist Mike Gene, I find the atheist/agnostic viewpoint reasonable for the simple reason that most people don’t see miracles or God appearing in their every day lives if not their entire lives. It is as simple as that.

Naturalism would seem to me, given most everyone’s personal sample of events in the universe, to be a most reasonable position. The line of reasoning would be, “I don’t see miracles, I don’t see God, by way of extrapolation, I don’t think miracles and God exists. People who claim God exists must be mistaken or deluded or something else.”

The logic of such a viewpoint seems almost unassailable, and I nearly left the Christian faith 15 years ago when such simple logic was not really dealt with by my pastors and fellow parishioners. I had to re-examine such issues on my own, and the one way I found to frame the ID/Creation/Evolution issue is by arguing for the reasonableness of Black Swan events.

I will use the notion of Black Swans very loosely. The notion is stated here, and is identified with a financeer and academic by the name of Nasim Taleb. I have Taleb’s books on investing entitled Dynamic Hedging which is considered a classic monograph in mathematical finance. His math is almost impenetrable! He is something of a Super Quant. Any way:

The black swan theory or theory of black swan events is a metaphor that describes an event that comes as a surprise, has a major effect, and is often inappropriately rationalized after the fact with the benefit of hindsight.

The theory was developed by Nassim Nicholas Taleb to explain:

1.The disproportionate role of high-profile, hard-to-predict, and rare events that are beyond the realm of normal expectations in history, science, finance, and technology.
2.The non-computability of the probability of the consequential rare events using scientific methods (owing to the very nature of small probabilities).
3.The psychological biases that blind people, both individually and collectively, to uncertainty and to a rare event’s massive role in historical affairs.

Unlike the earlier and broader “black swan problem” in philosophy (i.e. the problem of induction), Taleb’s “black swan theory” refers only to unexpected events of large magnitude and consequence and their dominant role in history. Such events, considered extreme outliers, collectively play vastly larger roles than regular occurrences.[1] More technically, in the scientific monograph Silent Risk , Taleb mathematically defines the black swan problem as “stemming from the use of degenerate metaprobability”.[2]
….
The phrase “black swan” derives from a Latin expression; its oldest known occurrence is the poet Juvenal’s characterization of something being “rara avis in terris nigroque simillima cygno” (“a rare bird in the lands and very much like a black swan”; 6.165).[3] When the phrase was coined, the black swan was presumed not to exist. The importance of the metaphor lies in its analogy to the fragility of any system of thought. A set of conclusions is potentially undone once any of its fundamental postulates is disproved. In this case, the observation of a single black swan would be the undoing of the logic of any system of thought, as well as any reasoning that followed from that underlying logic.

Juvenal’s phrase was a common expression in 16th century London as a statement of impossibility. The London expression derives from the Old World presumption that all swans must be white because all historical records of swans reported that they had white feathers.[4] In that context, a black swan was impossible or at least nonexistent. After Dutch explorer Willem de Vlamingh discovered black swans in Western Australia in 1697,[5] the term metamorphosed to connote that a perceived impossibility might later be disproven. Taleb notes that in the 19th century John Stuart Mill used the black swan logical fallacy as a new term to identify falsification.[6]

The very first question I looked at when I was having bouts of agnosticism was the question of origin of life. Now looking back, the real question being asked is “was OOL a long sequence of typical events or a black swan sequence of events.” Beyond OOL, one could go on to the question of biological evolution. If we assume Common Descent or Universal Common Ancestry (UCA), would evolution, as a matter of principle, proceed by typical or black swan events or a mix of such events (the stock market follows patterns of typical events punctuated by black swan events).

If natural selection is the mechanism of much of evolution, does the evolution of the major forms (like prokaryote vs. eukaryote, unicellular vs. multicellular, etc.) proceed by typical or black swan events?

[As a side note, when there is a Black Swan stock market crash, it isn’t a POOF, but a sequence of small steps adding up to an atypical set of events. Black Swan doesn’t necessarily imply POOF, but it can still be viewed as a highly exceptional phenomenon.]

I personally believe, outside of the naturalism supernaturalism debate, that as a matter of principle, OOL, eukaryogenesis, emergence of multicellularity (especially animal multicellularity), must have transpired via Black Swan events. Why? The proverbial Chicken and Egg paradox which has been reframed in various incarnations and supplemented with notions such as Irreducible Complexity or Integrated Complexity or whatever. Behe is not alone in his notions of this sort of complexity, Andreas Wagner and Joe Thornton use similar language even though they thing such complexity is bridgeable by typical rather than Black Swan events. 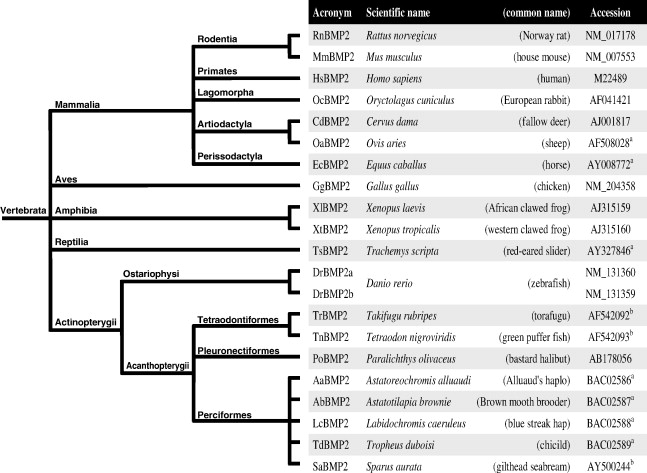 From such studies, one could even construct Molecular Clock Hypotheses and state hypothesized rates of molecular evolution.

The problem however is that even if some organisms share so many genes, and even if these genes can be hierarchically laid out, there are genes that are restricted only to certain groups. We might refer to them as Taxonomically Restricted Genes (TRG). I much prefer the term TRG over “orphan gene” especially since some orphan genes seem to emerge without the necessity of Black Swan events and orphan genes are not well defined and orphan genes are only a subset of TRGs. I also coin the notion of Taxonomically Restricted Feature (TRF) since I believe many heritable features of biology are not solely genetic but have heritable cytoplasmic bases (like Post Translation modifications of proteins).

TRGs and TRFs sort of just poof onto the biological scene. How would we calibrate the molecular clock for such features? It goes “from zero to sixty” in a poof.

Finally, on the question of directly observed evolution, it seems to me, that evolution in the present is mostly of the reductive and exterminating variety. Rather than Dawkins Blind Watchmaker, I see a Blind Watch Destroyer. Rather than natural selection acting in cumulative modes, I natural selection acting in reductive and exterminating modes in the present day, in the lab and field.

For those reasons, even outside the naturalism vs. supernaturalism debate, I would think a reasonable inference is that many of the most important features of biology did not emerge via large collections of small typical events but rather via some Black Swan process in the past, not by any mechanisms we see in the present. It is not an argument from incredulity so much as a proof by contradiction.

If one accepts the reasonableness of Black Swan events as the cause of the major features of biology, it becomes possible to accept that these were miracles, and if Miracles there must be a Miracle Maker (aka God). But questions of God are outside science. However, I think the inference to Black Swan events for biology may well be science.

In sum, I think atheism is a reasonable position. I also think the viewpoint that biological emergence via Black Swan events is also a highly reasonable hypothesis even though we don’t see such Black Swans in every day life. The absence of such Black Swans is not necessarily evidence against Black Swans, especially if the Black Swan will bring coherence to the trajectory of biological evolution in the present day. That is to say, it seems to me things are evolving toward simplicity and death in the present day, ergo some other mechanism than what we see with our very own eyes was the cause of OOL and bridging of major gaps in the taxonomic groupings.

Of course such a Black Swan interpretation of biology may have theological implications, but formally speaking, I think inferring Black Swan hypotheses for biology is fair game in the realm of science to the extent it brings coherence to real-time observations in the present day.

775 thoughts on “The Reasonableness of Atheism and Black Swans”