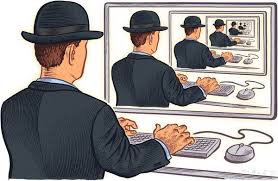 Evolutionism, likewise, was and obviously still is an echo chamber too. One just needs to look at This View of Life and the Cultural Evolution Society to acknowledge it. Some people here, however, will not critique cultural evolutionism and simply cannot describe that echo chamber with any sense of authenticity, accuracy or even analysis, as they are quite obviously stuck within it. I would argue that evolutionism is also quite easily identifiable as an ‘epistemic bubble,’ & is far over-extended or ‘over-determined’ across a range of fields & in colloquial pop culture today.

How easy or difficult is it to flee from any of these ideological positions once one has embraced it (creationism, IDism or evolutionism, forget ‘Darwinism’)? Aren’t people indeed at some point engaged in fitting their science to their worldview; e.g. naturalism, materialism, atheism, spiritualism or theism? Mind you, the woolliest among the agnostics & atheists here won’t even wish to articulate, let alone defend what their worldview consists of, which is another example of being unable to flee from ideology.

Good science, on the other hand, is not an echo chamber. The same is true with good philosophy and good theology/worldview discourse; they are not echo chambers and should not be treated as such. Yet too often good science, philosophy & theology/worldview are not sought or taught by one side or another in online conversations, based often on a lack of trust. This can lead quickly to loggerheads and no progress, only to further animosity and opposition, unless better mediation is provided.

A key question needed for many people here, to escape from skepticism for those unfortunate to have been diverted or taken in by it, one requires ______(?)______. This seems to be among the most difficult challenges among participants at TSZ to escape their ‘skeptic’ (read: agnostic) echo chambers. They likely don’t know what more than mere skepticism is actually out there or have just grown numb to it, just like echo chambered IDists, creationists & fellow evolutionists.

Those who are neither IDist, creationist nor evolutionist have found a better way forward without those ideological excesses. Can anyone here name someone who doesn’t visit this site in that rather large ‘better-balanced’ camp?