Many recent, and not so recent, suicides of celebrities, stirred up some questions whether humanity is actually progressing, or evolving, especially when the noticeable increase of mental health issues is taken into consideration, such as depression or anxiety disorders that often lead to suicidal thoughts and suicide…

My question is: How does suicide fit into the evolutionary theory?

How does suicide fit into the deterministic notion popular among many evolutionists and materialists who claim that humans have no free will? 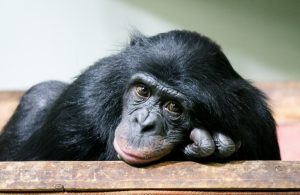 Here is how one article Why Doesn’t Evolution Discourage Suicide? elaborated on the issue of suicide in light of evolution:

So, suicide, even thoughts of suicide, makes no sense, at least from an evolutionary point of view…

Another problem is the choice involved in suicide itself. If humans have no free will, as supporters of determinism claim, why only some commit suicides and the great majority of suicidal people don’t?

Here is how another article explains the issue of choice involved in suicide:

“In order to commit suicide one has to (consciously or subconsciously) assess the reasons, the pros and cons, evaluate the methods and elaborate on the process and its possible after effects. This may take a long or a short time, even hours or minutes. But what is important is that there is the ability to go through these processes. Therefore, intelligence and a process of rationalization (not necessarily a rational thought process) are necessary here. Even deeply depressed people have some background rudimentary ability to implement at least some parts of the above processes. So one could say that true intentional suicide (the conscious decision to end one’s life) is only found in humans. Of course, many other species may kill themselves but this is based on hard-wiring, on their instincts, and it is not a question of free will.”

Is culture to blame?

In the article Americans are depressed and suicidal because something is wrong with our culture USA Today implies the following:

” Rather than pathologizing the despair and emotional suffering that is a rational response to a culture that values people based on ever escalating financial and personal achievements, we should acknowledge that something is very wrong. We should stop telling people who yearn for a deeper meaning in life that they have an illness or need therapy. Instead, we need to help people craft lives that are more meaningful and built on a firmer foundation than personal success.

Changing our culture is critical. Being honest with others about our own personal struggles and dark nights of the soul is the first step. People on the edge need to hear stories that assure them there is a way through the all-consuming pain to a meaningful life.”

So, often times, the lack of deeper meaning in life is the underlining culprit of depression and anxiety that can lead to suicide…

The philosophy of materialism – with universe and life having no purpose – with its driving force of mindless evolution is one of the leading causes of despair among many leading to depression, anxiety and sometimes suicide…

I’m pretty convinced that neither suicide fits into the current evolutionary narrative, nor it can be explained by determinism…

What’s new about evolutionary theory other than it’s based on one assumption: Evolution must be true even if the evidence suggests that is false….

BTW: I realized Barry Arroganton did a similar OP at UD:

Why Do Rich and Famous People Kill Themselves?