My name is Colin McRoberts. I’m an attorney and a consultant in the field of negotiation and persuasion. Fringe beliefs and their believers fascinate me. And for the past few years, I’ve been thinking a lot about how the outside world relates to those beliefs. I’m writing a book, tentatively titled “The Good Fight: Engaging Irrational Ideologies.” It looks at how and why people come to believe irrational things like, well, like all the beliefs that will be represented on the Conspira-Sea Cruise. I’m also explaining how to engage with someone who believes in things like that, either to understand them better or to try to help them see why their beliefs are irrational. (Since that requires understanding them and their beliefs anyway, understanding is the critical step here.)
To better understand people who believe things I can’t believe people believe, I’ve interviewed some very interesting people for the book. I’ve also done a lot of research on the people who wouldn’t or couldn’t grant an interview. That’s been educational, but the Conspira-Sea Cruise is an unprecedented opportunity. When else will so many prominent believers in so many strange beliefs be gathered together for the explicit purpose of explaining themselves? 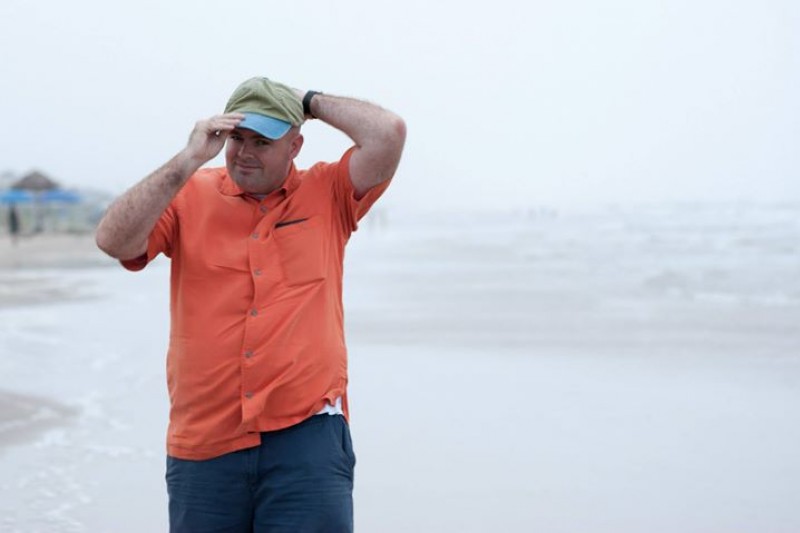 WHAT DO I WANT?

Specifically, I want to attend the lectures and workshops. I want to ask questions. I want to have those conversations. And I want to tell you about it. I’ll be writing up my experiences, both for the book and a series of posts on Violent Metaphors. (It’s not my blog, but I’ve already begun blogging  about engaging irrational ideologies constructively  and other science communication issues.)

Here’s what I don’t want to do. I don’t want to start fights. I don’t want to be disruptive. I don’t want to make it about “us vs. them.” I subscribe to the theory that people set their opinions largely by listening to what their friends, family, and peers believe. So while I think the world would be better off if fewer people believed that vaccines cause autism or that Obama is a communist homosexual Muslim infiltrator (two things that real human beings believe), I don’t think we’ll get there by abusing or mocking believers. That kind of pressure, while it can have some good effect, just encourages people to get defensive and focus on the fight, rather than being open to really considering the evidence.

In fact, getting people to change their minds about cherished opinions is fantastically hard. I don’t expect to sway many people with rational arguments, and I don’t intend to try on the cruise. No part of this will be about starting arguments or looking for the one perfect cutting comment that would make someone reconsider their faith in alien abductions. I want to understand. I want to know how people came to form their opinions, and what they think those opinions are based on. I want to know how they see the mainstream, and how they think the mainstream sees them. I want to know more about what it’s like to be a conspiracy theorist. And don’t you?

WHAT DO YOU GET?

The most common reaction I’ve seen to the cruise is curiosity. (And mockery, sure.) Plenty of people have said, “Oh, I should crowdfund this so we could hear more about what goes on there…” I’m doing it. And because I’m doing it, you’ll be getting the access you wanted. I want to share reports from the ship, and write-ups of my impressions. I take pictures reasonably well, and I’ll be taking a couple of cameras.

In other words, you’re getting—and helping provide for others—a window into some very unusual viewpoints. These are beliefs that most of us experience at arms’ length, if ever. It’s very easy to assume we know how such people think, but in my experience their beliefs are much more nuanced and personal than outsiders really understand. So if you have ever wondered how someone could believe that crystals cure cancer or that aliens built the pyramids, but don’t have any opportunity to ask a believer yourself, this is the campaign for you.

HOW CAN YOU HELP?

With money! Every little bit helps. I’m likely to wind up using my own money for this cruise, I know, and that’s fine. I’d like to defray those costs as much as possible.

I’m asking for financial assistance to cover the cost of the cruise, and that’s all. Meals, excursions (some of the lectures have an additional cost), travel and lodging incurred getting to and from the port, and any other expenses are all on me. That’s because I don’t know how much those things will cost, and I’d rather not set too ambiguous a target.

As it is, the target is a bit of a guess. As I write this, the cheapest possible ticket costs USD 1,749. That’s with a randomly-assigned roommate. Ideally I’d like to have a cabin to myself, which raises the cost to USD 2,398. (Edited to remove dollar signs, which seemed to cause formatting problems.) That’s not just because I like to sleep in, but also because it would be much easier to write up the day’s events every night with some privacy. But I’m not fancy—I’d take a roommate to defray costs if necessary. And if you’re a decent roommate, and interested in coming along, let us know!

No donations will go to cover anything but the ticket price and whatever obligatory fees and taxes come with it. If we happen to raise more money than we need, the excess will be refunded or donated to Make-A-Wish International ( www.worldwish.org).

YOU SAID YOU WERE A LAWYER. WHERE’S THE FINE PRINT?

I think a few disclosures are always in order. I’ll put them in a Q&A format, because …

Because it draws the reader in and makes you seem more sympathetic? Yes. See? Disclosing things already.

Are you a shill? What evil corporation, government, alien race, or cryptohominid is paying you to do this? No, and no one. I am not receiving any money or anything of value, directly or indirectly, for this project. The only exceptions are (a) what you pledge through this page, (b) whatever ad revenue comes from posting write-ups on the blog afterwards, and (c) whatever I earn from writing a book. The donations are just to cover costs, and unfortunately I expect any earnings to be minimal. I’m doing this because I’m fascinated, because I want the experience, and because I want to share that experience with you. That means you aren’t just donating to help someone make money!

What happens if they find out you’re coming and tear up your ticket? I assume the cruise organizers and at least some of the speakers will hear about this. They probably already assume someone would do it. That’s OK! I intend to go to learn, not be disruptive, and based on my experience interviewing the sort of people who are represented on the cruise, they’ll be very receptive to that. They want to share their beliefs! And they understand that most people don’t get them. That doesn’t mean they won’t keep me from attending, but I think they will be happy to accept another paying customer.

Who will you see on the boat? The organizers list their “tentative speakers”here , and emphasize the “tentative.” Some of them, like Wakefield, are big names. Be aware they might drop out before the cruise starts.

Can I get involved? Sure! Pledge a few bucks. And also give me your thoughts and opinions, encouragement or criticism. Suggest questions, tell me stories about your experiences with these beliefs, give me advice on engaging with the believers—I’d love for you to get involved.

Can I come? Sure! Tickets are still available, obviously. And if you’re a decent roommate, maybe we could cut the cost a bit by splitting a room.

That picture at the top doesn’t look like Mexico. And that doesn’t look like a question. It’s not Mexico, it’s Alaska. And that’s a cargo ship, not a cruise ship. But I’ve never taken a picture of a cruise ship, so that’s the closest I could come. Also I wanted to show that this isn’t something I’m doing just to go on a cruise. This is work, not play, and I’m not asking you to finance a vacation.

Will there be donor awards? I’d like to provide them, I just don’t know what would be practical and valuable to people. I’d love to hear your suggestions.

January is a long way away. Can you recommend something to read to tide me over? I strongly recommend “Them: Adventures with Extremists” by Jon Ronson, the author of The Men Who Stare at Goats. He travels and talks with extremists, such as Klansmen, conspiracy theorists and Alex Jones. His style of sympathetic, honest and very constructive engagement is one of my inspirations for this project. That’s not an affiliate link, I just think everyone should read his book.