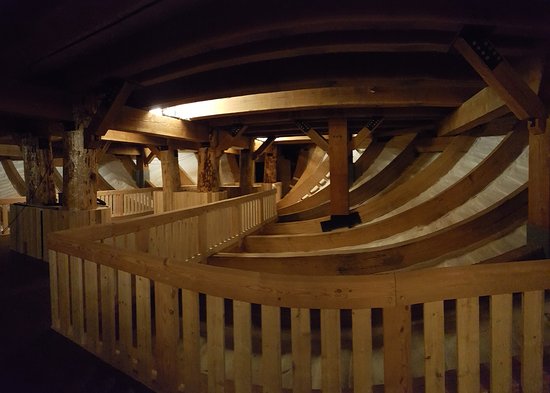 This photo of Ark Encounter is courtesy of TripAdvisor

It seems to me that most reports from the science side on the success of the Ark Encounter claim that it is doing poorly. But it is doing well enough, at least, if we can believe the figures given by Ken Ham. A study claimed that only 325,000 visitors per year would be expected if it included creationist teachings, and last year they had 1.1 million visitors. Ham claims that more will visit this year, although the current numbers look doubtful for that prediction.

If we can believe Ham, the Creation Museum also had a record year last year, with 500,000 visitors.

The difference between the projected figures and last year’s attendance might not be as meaningful as Ham suggest, however, since we should expect more visits when it is new than after the novelty has worn off. 325,000 visitors per year was likely was the figure for expectations over the long term. Will there really be many repeat visits, when it’s little more than an illustration of a Sunday sermon? I doubt that it does much more than preach to the converted and to those very unlikely to be converted, however Ham seems to be making money off of the flocks thus far. Suckers continue to be born.