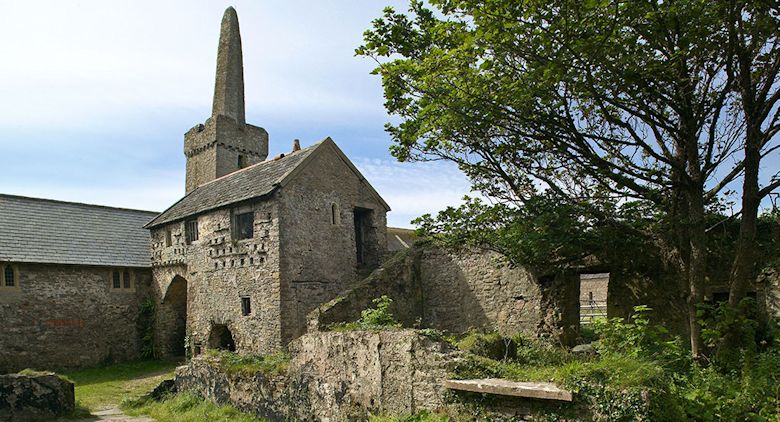 I so often find that people who reject “atheist materialism” seem convinced that scientists are engaged in a desperate effort avert their gaze from the evidence that would force them to confront the truth that they fear: that there is a God who will Judge Us. Often they seem remarkably impervious to evidence of the seriousness with which many atheists treated their religion, and the reluctance with which they rejected it. One of the things that has opened my eyes during internet discussions over the last few years is the number of atheists, including atheist scientists, who were actually committed YECs for many of their younger years.

And also interesting is the contempt they show for theists who have no problem with the investigations and provisional conclusions of science. One of the reason I started this site was to try to find some common ground – to make a space were those of us who accept scientific explanations of life and our origins to say what we do NOT think, as well as for those who do not, to similarly disabuse us of the prejudices we also can harbour (that ID proponents are all terrified of the idea of there being no “Sky Daddy”.

Anyway, making use of my reinstatement as persona grata at UD, I was pleased to find some small area of common ground with Barry Arrington, who posted a reply of his to me as an OP: Write this Day Down: Liddle and Arrington Agree (on Some Things at Least).  In the comments that followed, Axel posted:

Perhaps it was a marginal belief, part of the ‘package’ you had never given serious thought to.

Here is my somewhat wordy reply:

Perhaps it would comfort you to think so, Axel, and of course, there is no way that either you, nor I, could possibly know whether the thought I have given the questions was adequately “serious”.

Perhaps it was not.

However, let me give you a quick religious CV:

My first religious experience was at the age of about four. I was lying in the heather, on a still hot day, on Caldey Island, Pembrokeshire. I can date it fairly precisely because we stopped going to Tenby on holiday after I started school. The bees were humming in the thyme, and the Angelus bell (it must have been) started to chime, and the monks started singing. It seemed that everything fused into a single moment of intensity: the sun, the scent of the thyme and heather, the buzz of the bees, the bell, the chanting, the warmth of the sun. I felt at one with the universe. I never forgot it, and any pair of those sensations even now brings back the others, and that intense moment, with extraordinary presence.

I remained a very religious child, and sang in my local church choir up to the age of 11 when I went to Quaker boarding school. I wanted to become confirmed, but my parents (and my school) disapproved. Nonetheless, I went to confirmation classes anyway, but had to drop out of the ceremony. A couple of years later I became a Quaker, but still felt the call of that bell. After I left school, I became confirmed (CoE), again to my parents’ annoyance. My mother was a keen Quaker by that time, although she had always been drawn to the catholic church, as had I (those monks, that bell….) A few years later I met my husband who was a catholic. I did not convert for our wedding, although we had a catholic wedding – I wanted to know more first. The homily was given by a presbyterian minister, an old friend of the family, and we also had a short Quaker period of silence. A year later I joined the catholic church.

I was a regular mass attender for the following thirty plus years. I read quite a number of books on theology, and the church we went to in Oxford was Blackfriars Priory, full of Thomist scholars, whose homilies were the most amazing theological lectures. I later wrote a children’s book about Heaven which sold quite well, and was translated into several European languages.

My mother, interestingly, also joined the catholic church, shortly after I did, and was at one time on the panel for interviewing prospective Jesuit priests. She wrote on medical ethics, and we had long discussions about it.

That may not be “serious” enough for you, Axel, but I hope it is enough to put to bed the notion that anyone who “deconverts” from theism just hasn’t given it “serious thought”. Like many atheists, I have given it extremely serious thought, and gave up my old faith with extreme reluctance.

One reason I post here (and why I started my own site) is because I think there is deep misunderstanding, and indeed, prejudice, on both sides of the ID divide.

I hope these posts of mine (as well as the ones others have posted recently, for example, keiths) have done something to bridge that divide. I am certainly grateful for Barry for finding some common ground.

I’d be interested in other people’s experiences prior to their current state of faith or non-faith.

46 thoughts on “What theists don’t understand about atheists”