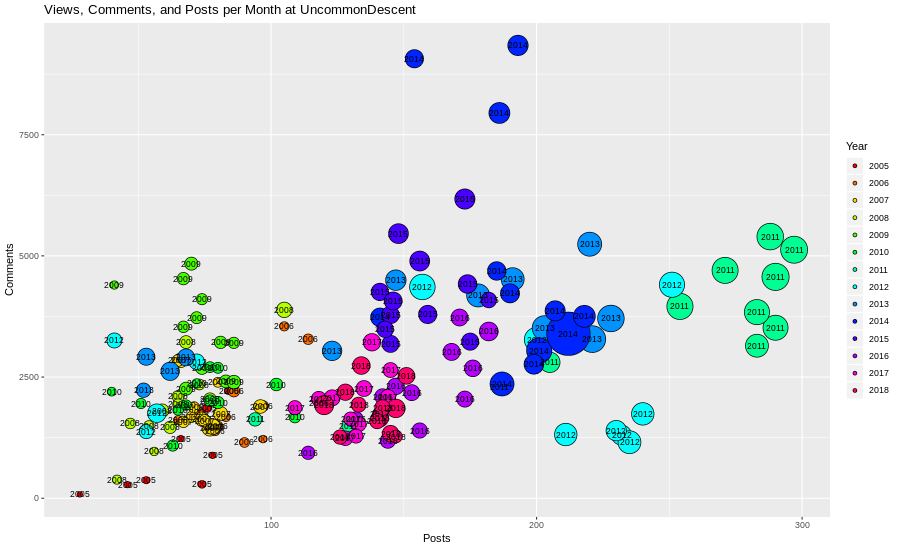 The years can be seen more clearly in the faceted view: 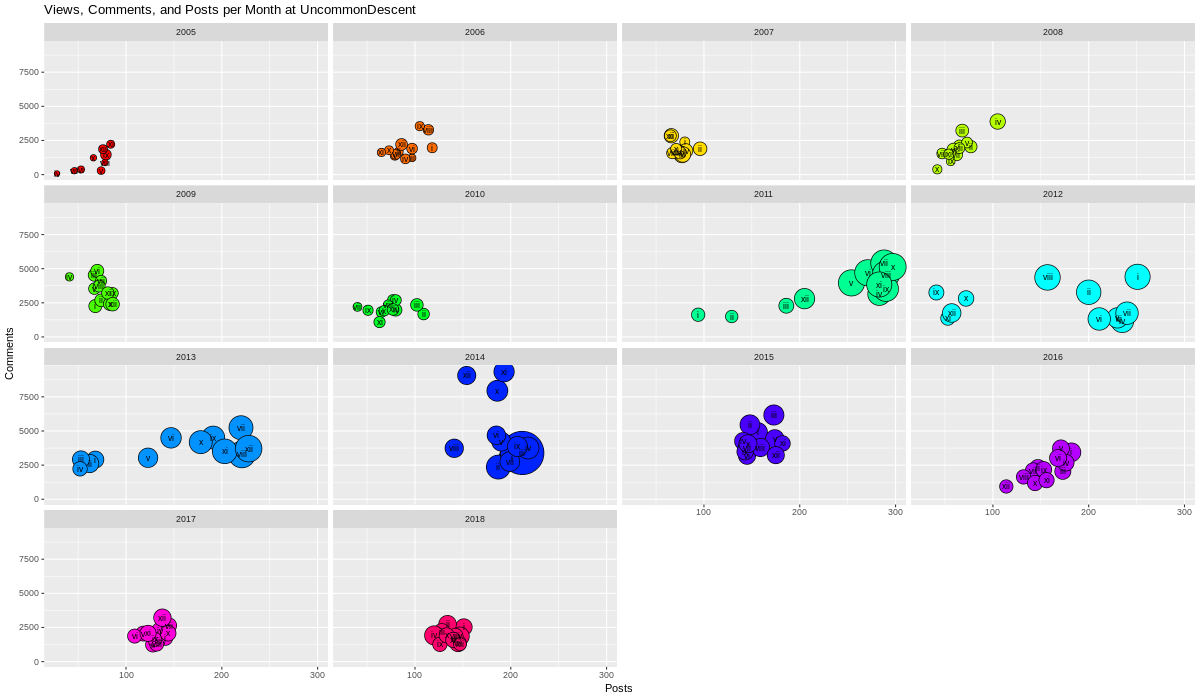 Views, Comments, and Articles per Year

Articles with the most Comments per Year

Articles with the most Views per Year

The article with the least number of eyeballs was 2011’s Cash awards available for research or essays on the uses and abuses of biology : though two users commented (one of them BornAgain77 with an off topic), it was visited only 17 times until Feb 25, 2019 (The average number of views for articles in 2011 was 660). I suppose that most robots will not follow links which are promising “cash awards”!

Not much to see, really. UD is soldiering on after their peak in 2014. The lack of inter-monthly volatility over the last couple of years indicates that traffic at UD does not depend so much on outside influences (like news), but on the set of the same acteurs…

30 thoughts on “Posts at Uncommon Descent”