The introduction to this series ended with a promise of insights into evolutionary informatics that the forthcoming book by Marks, Dembski, and Ewert is unlikely to afford. There will be little doubt at the end of the fourth installment that I have delivered the goods. First I want to assure you that, although I subscribe to the philosophy “Into Each Life, Some Math Must Fall,” the downpour of abstract notions, Greek letters, and squiggly marks will be intermittent, not unrelenting. 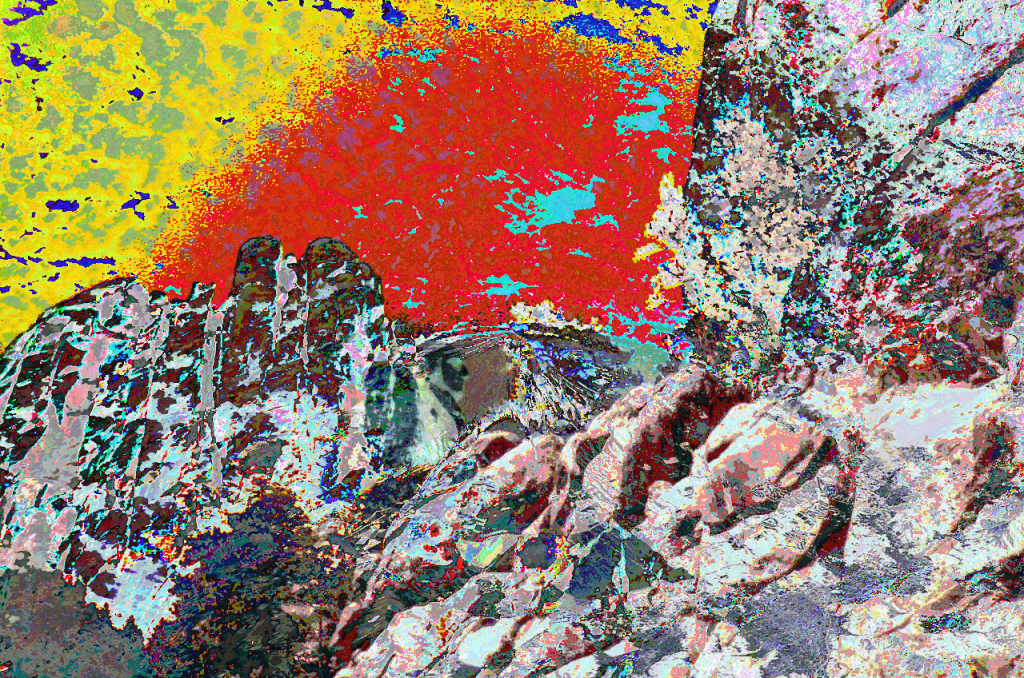 Sunset in the Garden of Id

Marks et al. address algorithmic specified complexity (ASC) in the chapter titled “Meaning of Meaning.” Applying the methods of their paper “Measuring Meaningful Information in Images: Algorithmic Specified Complexity” (2015) to Sunset in the Garden of Id, I have obtained a result of 22 million bits. When the full-resolution image is scaled to the size of the image displayed above, the ASC drops to 5 million bits. I think it’s safe to say already that whatever is being measured is not the meaning of what appears in the image.

For Marks et al., “Meaning Is in the Eye of the Beholder.” That’s the title of a section of their forthcoming book. In their paper “Measuring Meaningful Information in Images,” the beholder has a library of digital images, and uses it to compress a given digital image as much as possible (without losing the ability to recover the image perfectly). If the beholder compresses the image, using the library, much more than a standard compressor does, without using the library, then Marks et al. regard the image as high in meaningful information for the beholder. In my measurement of the algorithmic specified complexity of Sunset in the Garden of Id, the beholder has a library of images relevant to the intelligent-design movement. There is a short computer program that converts the library into Sunset. The program is, for the beholder, Sunset in compressed form. That is, the beholder can run the program, supplying it with the library as input, and obtain a perfect copy of the the image. The standard image compressor reduces Sunset to 22.1 million bits. The difference of 22.1 million bits and the length of the (binary) computer program is the approximate ASC of the image.

There is, of course, a punchline that I’m saving for later. And there is, of course, a story about the double-plus-goodness of algorithmic specified complexity that I have not told. In reality, the authors have only one theorem for ASC (stated coherently and proved by me), and it says much less than they say. What they do, lacking a formal characterization of the measure, is to provide example applications that work out the way they like. But they ought to expect, lacking a formal characterization of the measure, that there are example applications that do not work out the way they like. And they ought to look as hard for negative examples as they do for positive examples. This ought is not the ought of a lawyer seeking to win a case in an adversarial system of justice. It is the ought of a researcher seeking to report the truth. Call me idealistic, but I cherish the notion that researchers attempt to produce evidence against their own claims, not just in support of them.